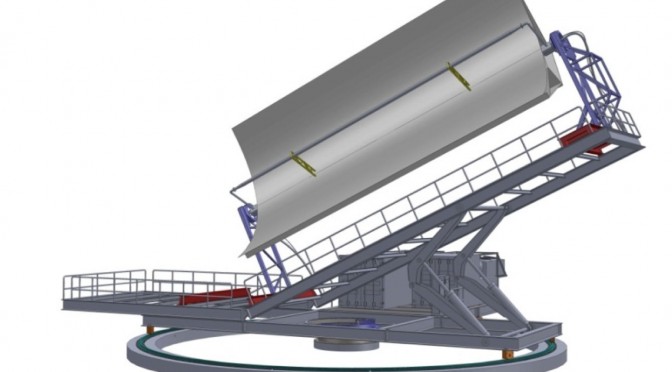 The Advanced Technology Centre for Renewable Energies (CTAER) has signed a contract with IDOM engineering to start work on the construction of the “Variable Geometry testing facility for the Evaluation and Characterization of solar collectors of the parabolic trough type”. The process governed by the Law of Public Contract is therefore concluded, and the construction phase has begun.

The construction project aims to build infrastructure for research and development (R&D) of technologies that produce thermosolar energy, in the present case for those of the parabolic trough type. This is the type most used in the industry today, up to 90%.

Funding has been provided by the Incentives for Improvement of Infrastructure, Equipment and Operations (2010 Issue) of the Department of Economy, Innovation and Science of the Junta de Andalucia (Regional Government of Andalucia).

This engineering project is based on a radically new concept; Variable Geometry, where the systems are not fixed but can follow the sun’s apparent movement. The versatility of the new infrastructure incorporates greater capacities than those that currently exist in the world, and will make it possible to test new components and systems, and a high level of thermal, optical-structural and fluid dynamic evaluation of parabolic trough collection modules. This will allow development and experimental validation of rules, and standardised characterisation and evaluation procedures for this type of collectors.

The new infrastructure will be located on land owned by CTAER in the municipality of Tabernas in the province of Almeria. Site work will begin in July and finish approximately in November 2013.