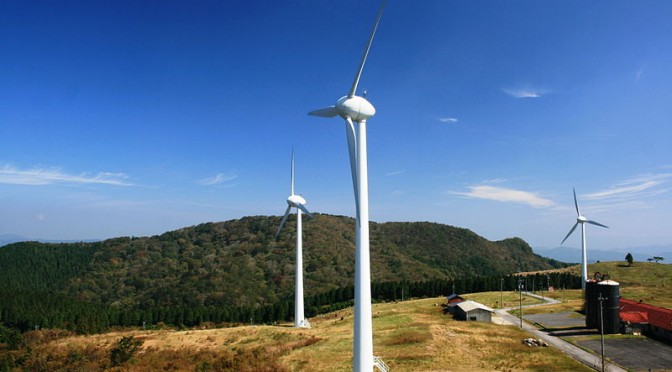 A 38-tonne wind turbine crashed 50 metres to the ground in western Japan after the steel column supporting it snapped, officials have said.

The massive Dutch-made turbine, which sat atop a Japanese-made steel column, was part of a wind farm in mountains near Kyoto, and it had been installed in 2001 with an expected life of at least 17 years.

“We are asking experts to look into the cause of the problem. We suspect metal fatigue might have played a role,” said a local government official on Thursday, adding no one was injured.

The smashed turbine was discovered on Wednesday although it is not known when the accident occurred at the remote facility.