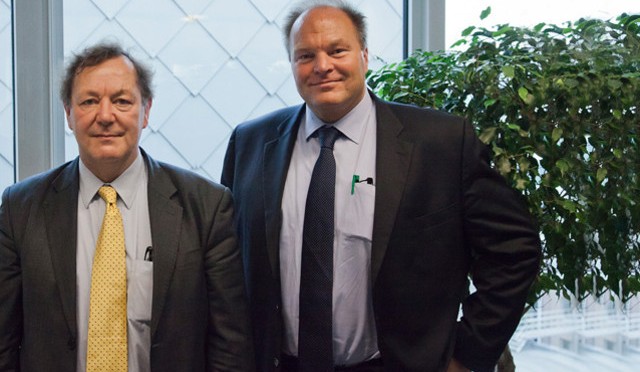 Garrad joined the wind energy industry in 1979 and was President and later Chairman of GL Garrad Hassan, the world’s largest independent renewable energy consultancy, with 1,000 employees in 27 countries devoted to renewable energy.

Garrad built his first wind turbine when he was eighteen in 1971 and was awarded in 2006 the Poul la Cour Prize for his outstanding contribution to wind energy.

“I believe that the wind industry needs to respond urgently to the market conditions that face us now to ensure that we are positioned to become the major provider of Europe’s energy early in the 21st century. I am honoured by my election and humbled by the task ahead”, said Garrad in Brussels.

Garrad was elected by the members of EWEA’s Board – comprised of corporate members, national associations and other organisations.

The election took place after Arthouros Zervos announced in February 2013 at EWEA’s annual event that he would stand down as President after 12 years in the post. Arthouros Zervos will remain a member of the EWEA Board.

The new President will form a new leadership team for EWEA, together with EWEA’s new Chief Executive Officer Thomas Becker who starts in April.

Arthouros Zervos commented: “I have had 12 amazing years as EWEA President, during which time wind energy went from niche to mainstream, and EWEA went from a small association to one of the most respected associations in Brussels with over 700 members. I am sad to step down but have every confidence that EWEA will have a strong future led by Andrew Garrad and Thomas Becker.”