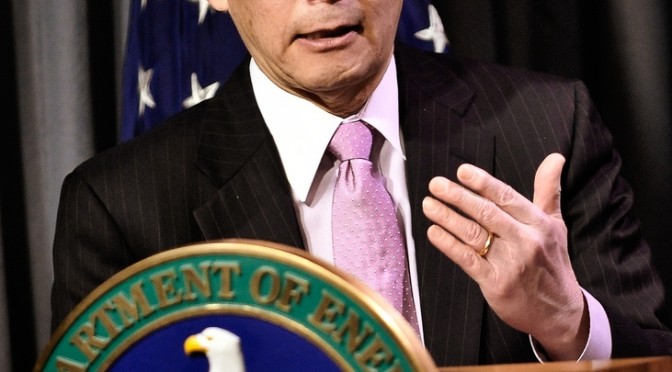 U.S. President Barack Obama announced Monday that he picked Ernest Moniz to be his next energy secretary succeeding Steven Chu.

Obama said at the White House press briefing that “Ernie knows that we can produce more energy and grow our economy, while still taking care of our air, our water and our climate.”

Moniz, a physicist at the Massachusetts Institute of Technology, is an advocate for a low-carbon future and has promoted the use of nuclear energy to get there.

“He’s directed MIT’s energy initiative, which brings together prominent thinkers and energy companies to develop the technologies that can lead us to more energy independence and also to new jobs,” said Obama.

Moniz also has experience of working at the government. He used to work as undersecretary for Energy from 1997 to 2001 under former U.S. President Bill Clinton and a member of Obama’s Science and Technology Advisory Council since 2009.

Obama also thanked Steven Chu for his efforts to speed the transition to more sustainable sources of energy before nominating Moniz as his successor.

Meanwhile, Obama also named Gina McCarthy, who once worked as top environmental official in the U.S. states of Massachusetts and Connecticut and now serves as assistant EPA administrator, to lead the Environmental Protection Agency (EPA).