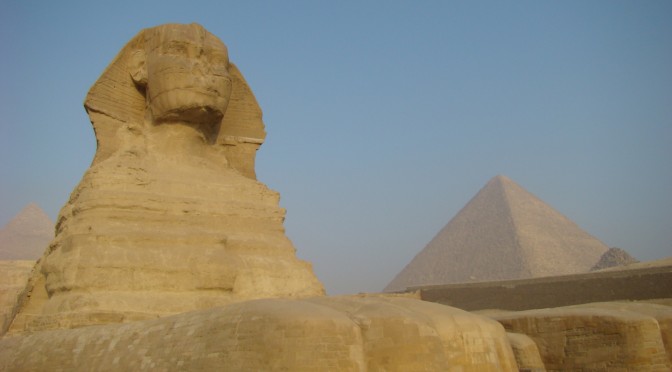 Egyptian electricity consumption statistics show that Cairo is among the world’s most lively and brightly lit cities, with extremely high levels of energy consumed for lighting up households and streets. The required levels of energy often exceed the capacity of what can be delivered. This causes the government and officials to be stuck between two choices: more energy production or less consumption.

On average, the Egyptian house requires five kilowatt hours of electricity/day, meaning that it uses up to 1,500 kilowatt hours per month. The problem is that the majority of Egyptians lack awareness when it comes to the consumption and preservation of energy.

Contrary to popular belief, preservation of energy is a very easy process that can achieve savings up to 15% of this precious divine gift in order to startup our lives. Additionally, there are numerous alternatives that can make generating energy less costly.

Thousands of years ago, the ancestors of modern Egyptians worshipped the Sun, and believed it was a god named Ra. This concept didn’t popup in the minds of ancient Egyptians haphazardly. On the contrary, those scientifically-minded Egyptians were totally aware of the importance of the Sun from both a philosophical and scientific points of views. They understood the roles played by the Sun in raising their crops and plants, evaporating the water of the Nile, warming their environment and surroundings, and sterilizing by the heat of the Sun.

Nowadays, centuries later, Egypt is just starting to recognize how essential and influential the Sun can be as a clean and an ever-lasting energy source. Being among the most sunlight-sufficient places on the globe with an estimated annual 2,400 hours of solar operation, compared with maximum European figures of 1,900 in Spain and Greece, the next-closest countries, it’s only appropriate that Egyptians start experiencing with whatever possibilities solar energy has to offer as it reaches their lands by a high intensity of direct solar radiation equivalent to 2,000-2,600 KWh/m2.

In the aftermath of January 25th uprising, and due to constant power cuts around Egypt, the demand and need for more clean energy sources has been on the rise.

Multiple projects have propped up in Egypt since then. For example: the Multipurpose Applications by Thermodynamic Solar (MATS) project, which is funded by the EU with 11,755,049 Euros. The project works to use solar energy to produce heat. The energy is focused by mirrors on molten salts to warm them up, and these molten salts then simultaneously preserve and conduct the heat needed to produce electricity in the same way that conventional thermal plants operate – on steam driven turbines. It is intended to provide local power and is expected to be a 24-hour electric supplier.

Additionally, another project that started in 2011 is located about 100 km south of Cairo in the village of El Kuraymat. It’s Egypt’s first solar plant, and is expected to produce 140 MW. Notably, 3.6% of the Kuraymat electricity comes from the sun’s heat while only 96.4% only come from burning natural gas.

A second 100 MW-plant in Kom Ombo was announced in July 2010 and is expected to be completed in 2017, in addition to other projects like a 200 MW-plant for cement factories and a 1,000 MW-plant for the private sector.

Evidently, large-scale projects won’t have a direct effect on Egypt at an instant; however, a project by NREA and the Italian Ministry of Environment has altered the lives of the Western Desert’s villages. Ain Zahra and Umm al Saghir, which were not connected to any energy sources, have had their facilities and buildings electrified with solar energy since December 2010.

Another outstanding project is El Nasr solar plant, which was designed and built by Lotus Solar Technologies on an area measuring 8,400 square meters. It was completed in September 2003.

The plant is designed to produce 8 bar/175ºC saturated process steam to supply a pharmaceutical factory in Abu Zaa’bal village. It’s noteworthy that the plant was built on site by purely Egyptian hands and has been run by Egyptians since it started.

On January 30th, 2013, the Egyptian president, Dr. Muhammad Morsi, met with the Egyptian Businessmen Forum in Berlin. In a meeting with Chancellor Angela Merkel, Morsi signed an agreement with Desertec foundation, a desert electricity initiative that was launched in 2009 with the goal of investing about 400 billion Euros by 2050 and covering 20% of Europe’s electricity needs with wind and solar power from North Africa.

The project’s goal is to create a worldwide renewable energy plan by the preservation of sustainable energy from spots in MENA where green renewable sources of energy are available abundantly, then transferring it via high-voltage direct current to consumption centers.

All sorts of clean sustainable energy sources are included in the plan; however, the deserts which have an abundance of sunlight around the world are considered especially. Desertec intends to open possibilities for a solution to the energy dilemma today’s world is facing and to help poor countries refresh their economy by investing in their lands.

Whether or not the Desertec project is a good choice for Egypt is a matter of debate. It’s arguable that maybe we’re letting foreign countries invest and make use of the resources that are very much ours and also very much needed in our countries.

Engineer Amr Mohsen, Founder & CEO of Lotus Solar Technologies, an Egyptian SME, agrees. “When the British invaded and occupied Egypt in 1882, they restlessly started searching for petroleum and eventually started extracting it from Egypt in 1892 to feed their industrial revolution,” he states. “Today, after 125 years, our oil and natural gas is still being produced by foreign multinationals from Egypt despite the fact that the British rule ended in 1956. Undoubtedly, if the multinationals decided to withdraw from our country today, Egypt’s oil & gas production shall cease the very next day.”

Independent production of the abundant resources we own in our transcontinental Egypt across Africa (mainland Egypt), Europe (The Egyptian Seamounts) and Asia (Sinai Peninsula) was always at stake because of depending on foreign companies, labor force and funding. Additionally, there seems to be no plan at all for independent projects run by Egyptian engineers and labor force. Moreover, the ones that exist often become downplayed and ignored by the government. Mohsen believes that the same petroleum resource exploitation unfair scenario is what Desertec will eventually lead to.

“Desertec will be put into action by manufacturing the main solar power plant components in Germany using German labor force and factories. This unfairly limits the benefits of building facilities that are to be erected on Egyptian soil to German employment and industry.” Further on, “The next step is the shipment and installation of the solar stations on Egyptian land with Egyptian labor force that is always treated as very cheap by the Egyptian government.”

When asked about what motives Germany has to initiate a project like Desertec, Mohsen said: “Germany seeks to secure its energy sources for the long future, as it’s already depending on Russia’s natural gas to cover about 25% of its electricity needs. Another motive is attempting to lessen the amount of pollution that is affecting our planet at the moment by depending more on natural resources and solar energy than fossil fuel such as coal, petrol and natural gas.” Mohsen added: “I am all for exporting clean electricity to Europe & elsewhere, provided it’s generated in Egyptian plants fully built by Egyptians.”

The resources and energy problem is far from manageable at the moment in Egypt; however, we can start now by supporting Egyptian solar energy projects and providing them with the funding and labor force that they need. Furthermore, citizens can help but only when they are made aware of energy saving techniques like energy-saving light bulbs, which conserve 70% of energy than other counterparts.

Some countries have managed to motivate citizens to use renewable energy, like Germany and India. Germany provided tax deductions to citizens who install solar panels in their residence. In India, which is a closer model to the current Egyptian conditions, loans were offered for citizens that switched to using solar energy.

Egypt -and especially places like Mediterranean Coast, Siwa, Aswan and Sinai-, is exposed to about 6 kilowatts/hour per square meter for nine hours/day from the sun. Consequently, a square kilometer of land, if covered in solar panels, can provide 60 million kilowatts of energy per day, enough to light up a few residential blocks.

Projects like El Nasr and the other above mentioned are a proof that all it takes is enough motivation and encouragement for Egypt’s great minds and greater labor force and some years of hard work and cooperation to solve the energy problem and significantly decrease the amount of pollution that mother earth faces every day.