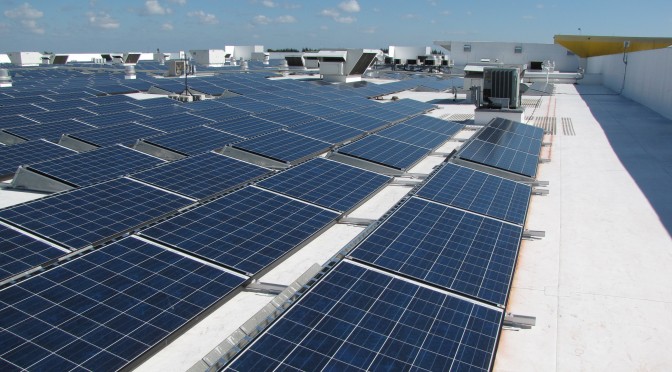 “While we applaud India’s National Solar Mission and its focus on growing a domestic solar manufacturing base, this program must also be consistent with India’s international trade obligations. Unfortunately, the National Solar Mission’s local content requirement unfairly discriminates against U.S. solar cell and module manufacturers. India also appears to be expanding this trade distorting measure, regardless of the U.S. government’s multi-year effort to encourage India to abandon the requirement. As a last resort, the U.S. has been forced to petition the WTO.

“The use of discriminatory localization barriers to bolster domestic interests is a growing trend within the global solar industry which must be reversed. We are hopeful that today’s action by the U.S. government will encourage not only India but other countries contemplating the imposition of localization barriers to focus instead on WTO-consistent government support measures. And we encourage all nations interested in the advancement of solar energy to join together in the development of mutually-beneficial policy mechanisms. A good place to start is the creation of a list of government-supported alternatives to local content requirements.

“As solar markets around the world continue to grow, there will be countless opportunities for U.S. exports, but only if U.S. companies are allowed to compete on an even playing field. The U.S. government is right to challenge India’s discriminatory practices.”

Established in 1974, the Solar Energy Industries Association® is the national trade association of the U.S. solar energy industry. Through advocacy and education, SEIA and its 1,000 member companies are building a strong solar industry to power America. As the voice of the industry, SEIA works to make solar a mainstream and significant energy source by expanding markets, removing market barriers, strengthening the industry and educating the public on the benefits of solar energy. http://www.seia.org