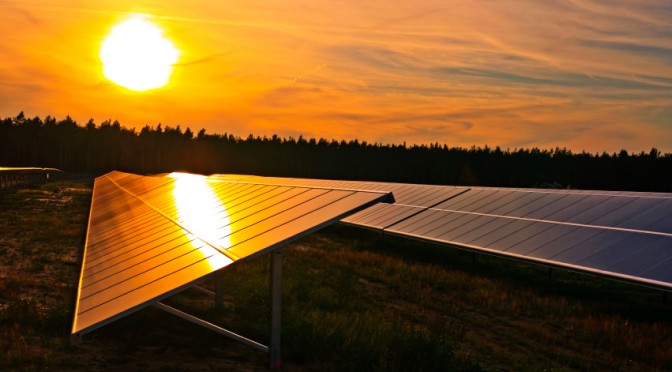 A 150 MW solar power plant will be commissioned in the state by end of March this year. The Rs 1,600 crore plant is coming up near Nizampur village in Dhule district.

Dhule, in north Maharashtra, is known for dry land, bright sunlight and high solar radiation, mainly because its proximity to the tropic of cancer.

V S Patil, executive director (solar power generation) of the Maharashtra state power generation company ltd (MSPGCL), said that “The Dhule plant would be the first solar power project that will be connected to the national grid.”

Patil said, “A German investment bank has given 250 million euros (Rs 1,600 crore) for this project. The state power generation company has awarded the contract to construct and install the power plant to Lanco Infra, Megha Engineering and Prithvi Infra.”

The solar panels spread over 350 hectares of barren land will have ‘thin film’ and ‘crystalline’ technology based photovoltaic cells. The aim is to maximize the output from the solar panels. The efficiency of the power panels is 20% of the total heat absorption, he added.

Patil said, “The solar panels, invertors and other equipment have started arriving in the state. Installation of panels has also started and after some preliminary tests the panel installation and inter-connection will be done.”

The proposal for the project came from the Union government. The requirements for setting up a solar power plant were high radiation, bright sunlight and dry climatic conditions. Dhule is one of the few districts in the state that has suitable climatic conditions.

Data received from the National Aeronautics and Space Administration of the US revealed that Dhule will have maximum days with bright sunlight and heat for better power generation as it fell in the same line of radiation level as Rajasthan and Gujarat, said an official from the state energy department.