A second phase with a further 166 wind turbines is yet to be approved.

One of the world’s largest offshore wind farms off the east Kent coast is on target to become fully operational in the spring.

London Array is being built in the Thames Estuary, 10 miles north of Ramsgate, and will produce enough power for an estimated 470,000 homes. 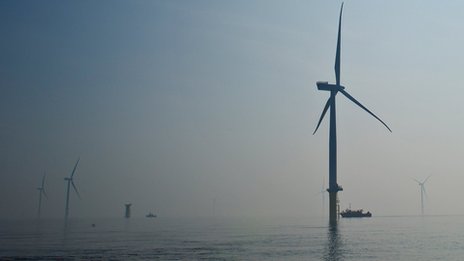 The 175th and last turbine was installed two weeks ago, marking the end of major construction activities.

Fifty-five have been connected and are supplying power to the national grid.

The wind farm has been generating energy since October, when the first turbine began producing power.