Vindkraft Ukraina LLC plans to build wind energy plants with a total capacity of 18 MW on the Black Sea coast in 2013, the co-owner of the company, Fredrik Svinhufvud, said at the International Renewable Energy and Energy Efficiency Forum REF-2012 held in Kyiv on October 16-17, 2012.

“Our first project is Novorossiske wind farm in Kherson region with three Vestas turbines with a capacity of 3 MW. One turbine has been launched. Next year we plan to realize the second phase – to build an additional wind power plant with a capacity of 18 MW. We also plan a third phase of 154 MW,” he said.

Svinhufvud said that Vindkraft Ukraina had started operating from Kherson region because its shareholders are well-known in the region (they took part in the creation of private joint-stock company Chumak), while in the future the company will also operate in other regions.

As reported, today renewable energy (in particular, wind farms) in Ukraine are being developed more quickly than traditional energy facilities.

The largest vertically integrated energy holding of Ukraine – DTEK – earlier assembled 26 Vestas turbines with a combined capacity of 78 MW at the Botiyeve Wind Power Station (wind farm) in Zaporizhia region. By late 2012, 30 wind turbines of the Botiyeve Wind Power Station will be connected to the Ukrainian power grid and by late 2013 the station will reach its full capacity of 200 MW. 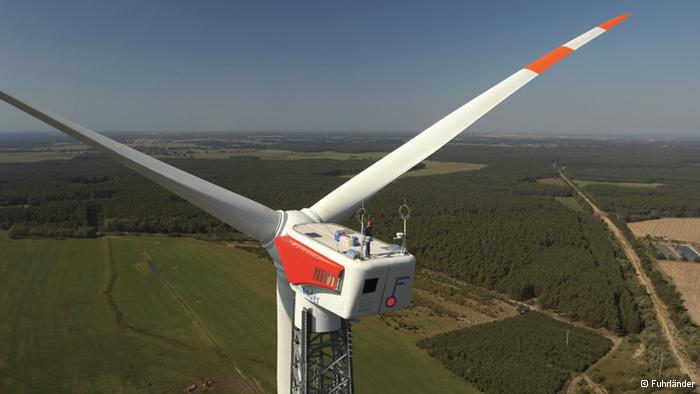