In this growth Enel Green Power has played an essential role. 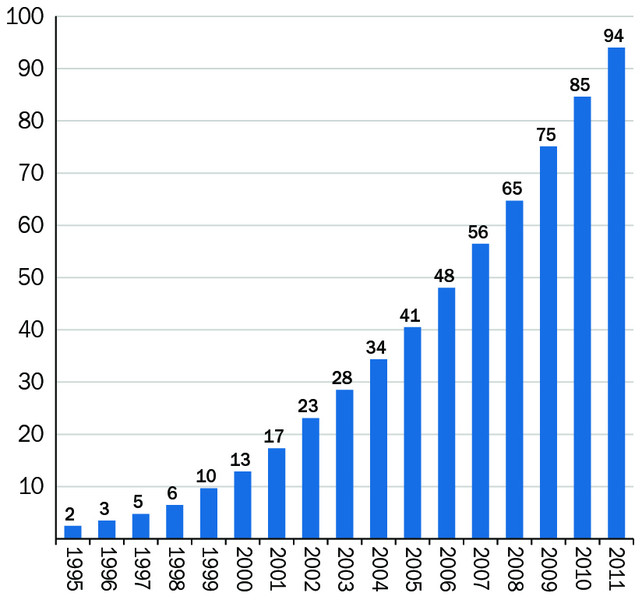 The growth of wind power does not seem affected by the economic crisis. In this growth, Enel Green Power, which focuses on emerging countries while also having a stable presence in Europe, has played a central role, also with the recent opening of plants in Spain and Romania.

Indeed, the expansion of wind energy in the Union has received a constant and significant contribution from the Enel Group, which confirms its strategy for the development of an energy mix that is diversified as regards sources, technology and geographical distribution.

In Spain, Enel Green Power has recently grid-connected a new 18 MW wind farm at Padul, in Andalusia. The plant will join the others that EGP already manages in the Iberian Peninsula, totaling 1,828 MW, and will produce, once completed, more than 37 million kWh per year.

Also, in August 2012 EGP has launched the new Moldova Noua wind farm, in the region of Banat, in Romania. The plant, which consists of 21 SWT 2,3 MW turbines can produce, once completed, about 130 million kWh per year, thus avoiding more than 70,000 tonnes of CO2 emissions.