Vattenfall has officially inaugurated the 150MW Ormonde offshore wind farm in waters off the coast of Cumbria, North West England.

The facility consists of 30 5MW turbines supplied by German manufacturer REpower, subsidiary of Suzlon, and represents an investment of £500m.

Around 33 per cent of the expenditure went to UK businesses.

Construction at the site commenced in 2010, with the initial turbine deployment starting last year and the first power produced at the site starting in August 2011.

Øystein Løseth, president and CEO of Vattenfall, said, ‘Ormonde Offshore Wind Farm is one of the most innovative operational offshore wind farms in the world and we believe it provides a glimpse into the future of offshore wind in Europe. 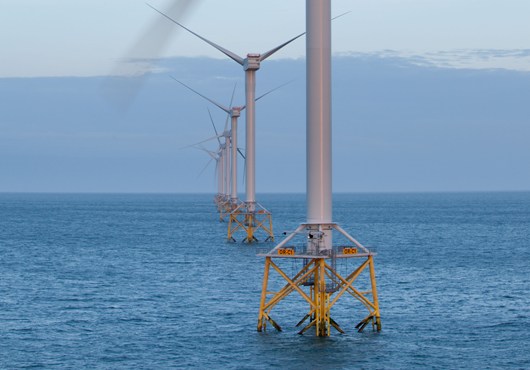 ‘The lessons that we have learned and the innovation we have demonstrated in the harsh environment of the Irish Sea will help us deliver the safe, productive and low cost offshore wind of the future.’

John Woodcock, MP for Barrow and Furness, added, ‘I am honoured to help Vattenfall officially inaugurate the Ormonde Offshore Wind Farm. The Wind Farm is a welcome boost to the local and regional economy.

‘The town and I look forward to a long relationship with Vattenfall as a local employer and I will continue to work with them to ensure that local people, businesses and suppliers, can benefit from the wind farm over its lifetime.’