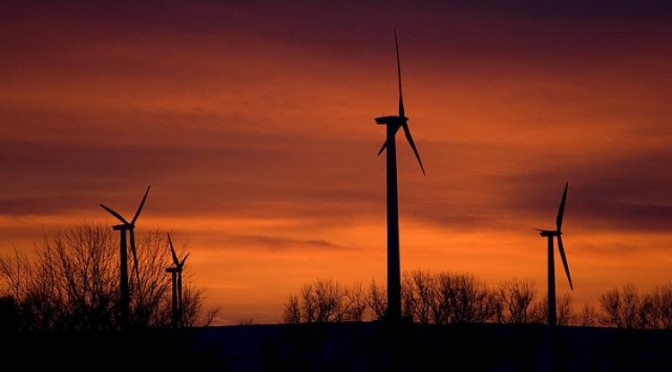 The clean energy produced by the nine 2 MW wind turbines at “Padul” wind farm will avoid annual atmospheric emissions of about 28,000 tons of CO2, saving around 14,000 tons of oil equivalent (TOE).

Enel Green Power has connected a new 18 MW wind farm to the grid in Andalusia named “Padul” after the municipality near Granada where the plant is located. The fully-operational facility is expected to generate over 37 million kWh annually.

The fully-operational “Padul” wind farm, located in the province of Granada, will generate over 37 million kWh a year.

The new wind farm adds further renewable capacity to the 219 MW Enel Green Power already operates in the autonomous community of Andalusia and the total of 1,828 MW it operates in Spain and Portugal.

The company generated 22.5 billion kWh in 2011 from water, sun, wind and the Earth’s heat – enough to meet the energy needs of more than 8 million households and avoid the emission of over 16 million tons of CO2 into the atmosphere.

Enel Green Power is a world leader thanks to its well-balanced generation mix, providing generation volumes well over the sector average.

The Company has an installed capacity of over 7,500 MW from a mix of sources including wind, solar, hydroelectric, geothermal, and biomass. Currently, EGP has over 680 operational plants in 16 countries in Europe and the Americas.