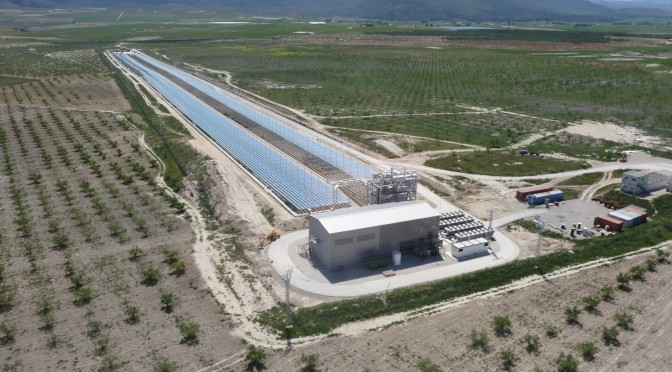 BBEnergy funded the development of earlier prototypes and unveiled its locally developed product prototype in late 2010.

The CSP collector uses the linear Fresnel configuration and tracks the sun with large glass mirrors mounted on a steel support structure. The reflected energy heats the water in the piping to produce high-pressure steam.

The CSP collector being built at the Rosherville facility will be 14 m wide and 20 m long. It consists of two modules, which are expected to provide a maximum heat power output of 150 kW and about 1400 kWh a day, which will fluctuate according to seasonal changes. The system generates heat rather than electricity.

While linear Fresnel is not a new technology, Eskom is interested in the high degree of local content in this particular demonstration, as the power utility has a strong supplier development and localisation mandate.

“In the event of bad weather, during which the mirrors might be damaged, the system automatically flips the mirrors face-down for protection,” explains BBEnergy MD Chris Nell.

He adds that the system is the first in South Africa and is made of locally available components to support the local economy and reduce the cost of materials. The technology is the result of South African engineering, materials and labour, and has the potential to create a significant number of local jobs.

BBEnergy specialist engineer Ross Wilson designed the system after the company had considered solar energy as an energy-saving initiative for mine cooling and ventilation systems.

The company is currently designing a number of larger installations for industrial clients. Wilson notes that the next installation will probably have an output of 1.2 MW and about 11.2 MWh a day of solar thermal energy, using 16 modules in a 30 m × 80 m field at a site near Klerksdorp.