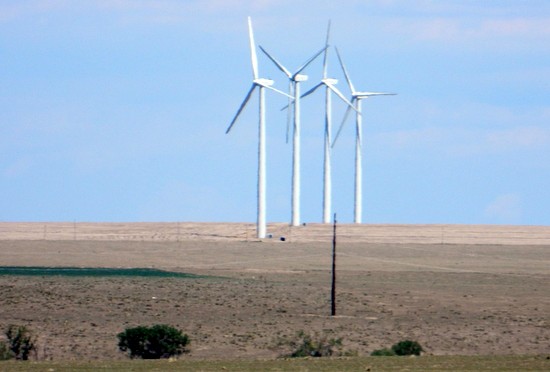 SCE will purchase the entire output of the 132-megawatt (MW) wind farm, when the project is expected to be completed in late 2017.

“San Diego has been a sustainable leader in California and helped set the national standard for energy efficiency & use of renewable power,” said Jerry Sanders, San Diego Chamber of Commerce president & CEO. “Wind energy offers another way we can work to meet our renewable energy goals, however, there’s only so much land available for wind development in San Diego. This project is in the right location and ready for construction at the right moment to continue San Diego’s clean power leadership.”

The Tule project will consist of up to 67 wind turbines located on nearly 14,000 acres residing in the county of San Diego and Bureau of Land Management (BLM) land north of the town of Boulevard. The new project will produce enough energy to power the approximate equivalent of 40,000 average SCE households with enough clean energy to offset the greenhouse gas emissions of more than 50,000 cars each year.

“We are pleased to support SCE’s renewable energy goals with affordable wind energy from our new project,” said Barrett Stambler, vice president of Iberdrola Renewables. “This project has been fully permitted for quite some time, so we’re very pleased our proven track record of experience developing, constructing, and managing wind projects in California pushed this across the goal line. We look forward to reliably providing clean power to SCE for its customers and expanding our long term relationship with them.”

The Tule project is expected to deliver more than $39 million in local and state tax benefits over 25 years. The project has already committed to East County community donations of $600,000 at the start of the project, and between $1.5-2.6M to the community over the life of the project, which will support local health services, schools, cultural preservation, and recreational campgrounds on BLM land.

“The Tule project will deliver substantial and long-term local economic benefits to the region, creating jobs for many San Diegans,” said Mark Cafferty, president & CEO of San Diego Regional EDC. “We look forward to working with the Iberdrola team to ensure the wind farm powers our dynamic economy.”

Iberdrola Renewables, LLC is a subsidiary of Iberdrola USA and the U.S. renewable energy division of parent company IBERDROLA, S.A., an energy pioneer with the largest renewable asset base of any company in the world. Iberdrola Renewables, LLC is headquartered in Portland, Ore., and has more than $10 billion of operating assets totaling more than 6,000 MW of owned and controlled wind and solar generation in the U.S.